Refuge on summit of Pumlumon Fawr 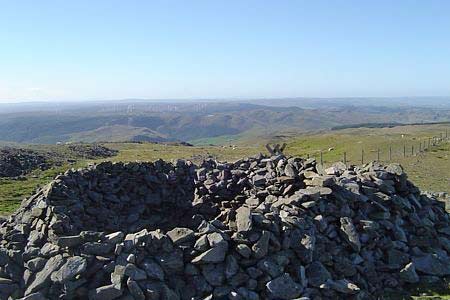 Caption - The dry stone wall refuge on the summit of Pumlumon Fawr with ladder stile in the background.

The Cambrian Mountains are a wild and empty plateau lying between the Snowdonia and Brecon Beacons National Parks. They are Wales' fourth national park in-waiting; designated in 1972, the Park was later cheated of recognition and protection, by an unholy alliance of landowners and politicians. More Information