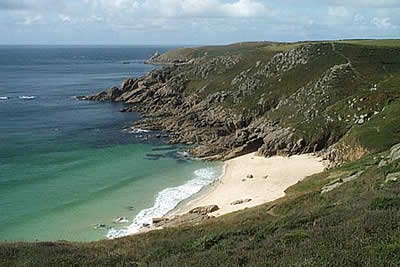 Caption - The coastline of the Land's End Peninsula is rugged with occasional sandy beaches. Porth Chapel Beach just west of Porthcurno is typical with the advantage that it is far enough away from car parks to avoid the crowds.