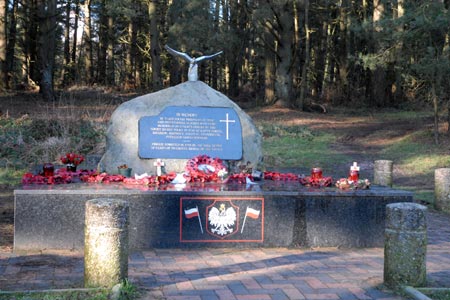 Caption - The Katyn Memorial on Cannock Chase remembers the many lives lost in Poland during World War Two.