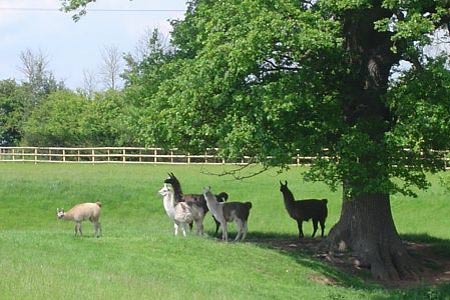 Caption - Yes! They are really llamas! It's not a trick of the light. Near Mere Hall.

The County of Staffordshire is located within the Midlands. The northern part of the county includes part of the Peak District National Park featuring both Gritstone moorland of the Dark Peak and limestone dales of the White Peak. To the south the heathlands of Cannock Chase form part of an AONB. Elsewhere the county is predominantly rural with pleasant countryside and easy walking.