Stream at the top of Cautley Spout & Yarlisde 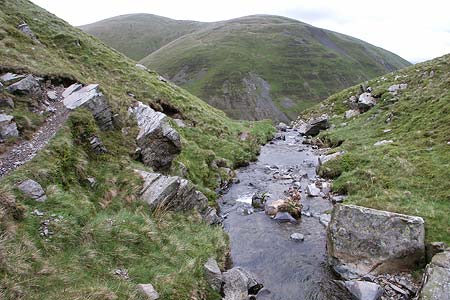 Caption - The stream at the top of Cautley Spout with Yarlisde on the other side of the valley.