Stonemason building wall at Thornham next the Sea 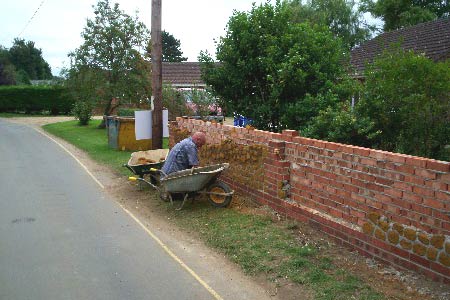 Caption - A stonemason building a garden wall at Thornham next the Sea. This style of construction is very popular in the area.