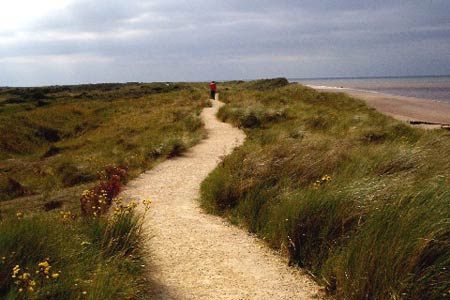 Caption - The view looking ahead on the coastal section of the Peddars Way & Norfolk Coast Path.