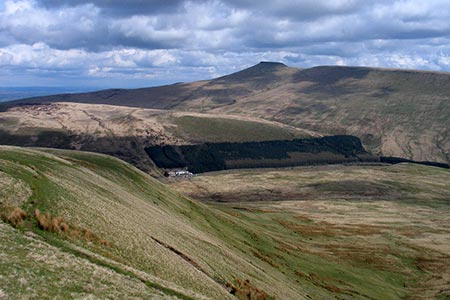 Caption - Path at summit of Fan Fawr, Brecon Beacons. Fan Fawr lies to the south of Craig Cerrig-gleisiad, its highest point close to the edge of a steep slope descending to the east. The highest peaks of the Brecon Beacons are seen in the distance and The Storey Arms (not a pub despite the name) is left of the image centre.