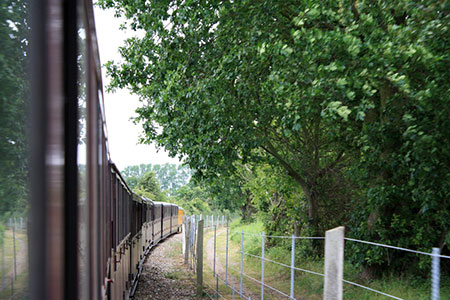 Caption - The railway and path curve out of the Brampton station area and head towards Aylsham.