Men-an-tol is an ancient monument of some repute 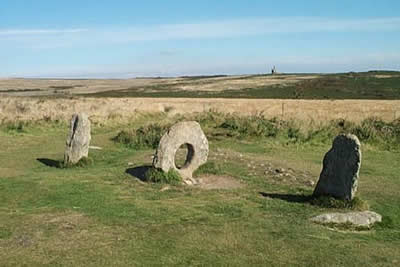 Caption - Men-an-tol is an ancient monument of some repute. Located high on the moors to the north of Penzance, this and many other remains in the area prove it was popular with the first inhabitants of the British Isles. On the skyline can be seen the ruined engine house of Ding Dong mine.