The history of Walking Britain

The concept of Walking Britain was formed during the summer of 1997. After a couple of false starts, an embryo site was constructed and uploaded to the web using free web space. At this stage the colour scheme of grey and green had been decided. This small collection of pages formed the basis of today's site and all of the original content (albeit in revised form) is still in place within the current site although the style of presentation is far removed from that original first attempt.

March 1999 saw a serious attempt to get the site better known and the number of 'hits' began to rise steadily helped by mentions in many national newspapers and magazines. A number of changes to the 'look and feel' of the site followed before settling down for 6 years until a makeover began in late February 2006. 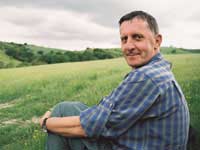 The rapid growth of content forced a further redesign in early 2014, which was completed by May of that year. Despite the growing use of mobile and tablets, this redesign did little to address the inherent challenges that these devices pose to surfing the web. Spring 2015 saw a rethink of what was needed and I did some serious reading about responsive web pages and decided this was a more practical approach than construction of "apps". What you now see is the result of this reading. Like any web site, ongoing development is a dynamic process and no doubt there will be many changes in design techniques and technology over the coming years.

The site has always been a 'one man show' although a growing band of hard working volunteers have helped with their own walks and photos. This, I am pleased to say, has added specialist content in many areas covered by the site. I should also mention my wife who has accompanied me on many of the walks and has added her own words of encouragement from time to time.

I often get criticised that a certain area is not included in the site. I wish this could be addressed but I only have limited time and resources available so it is unlikely that I will ever complete the task of providing coverage for the whole of the United Kingdom. However if you do live in an area that I have "neglected" then why don't you submit your favourite route? Just go to Share Your Walk and complete the form.

The content on this site is currently provided free of charge with advertising covering the rising costs of hosting and bandwidth charges. In the future Walking Britain may start a low cost subscription service so that all costs are covered with perhaps a small income now I have reached retirement. Whatever happens the many hours spent developing content will remain my contribution to the information that is available to help you enjoy the countryside.

PS - I have added a page of background technical information for those who might like to put together their own web site.