Information board at Broadstairs. 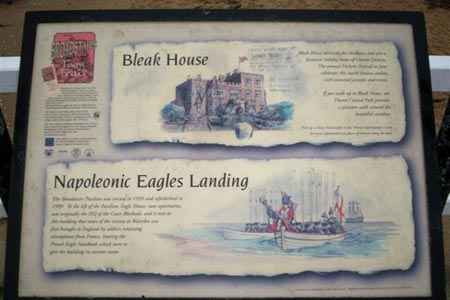 Caption - Information board at Broadstairs. It is not just the dramatic coastal views to look out for, the area is rich in maritime history. A typical information board at Viking Bay tells of Bleak House and also that it was here that the French Eagle Standards were landed and first news reached Britain that the battle of Waterloo was won.