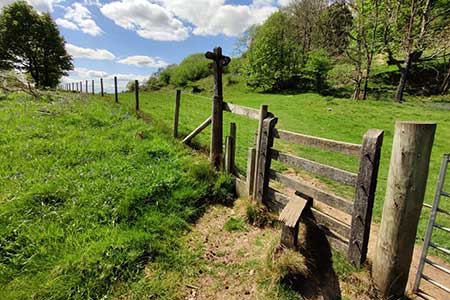 Powys is a large county in east and central Wales, bordering England. The county features a rugged landscape of valleys and mountains, including most of Brecon Beacons National Park. The valley lowlands contrast with the highlands which include the Radnor Forest, the Black and Berwyn mountains, and the Brecon Beacons. The Offa's Dyke long distance path crosses the county on the eastern border with England. The county offers a wide range of walking from gentle valley paths to adventurous mountain walks.