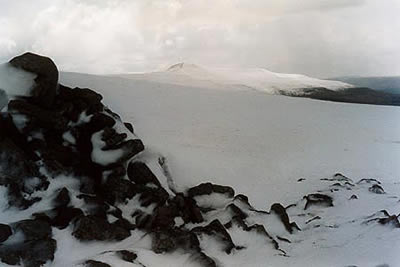 Caption - The summit of Pen Twyn Glas seen from the cairn at the 618 metre spot height during a winter ascent of Waun Fach in the Black Mountains (Brecon Beacons National Park).