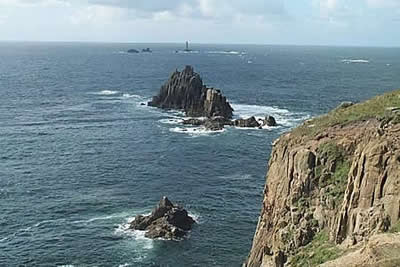 Caption - The dangerous rocks of Land's End have been the graveyard of many ships but have been protected by the Longships lighthouse for over a century.