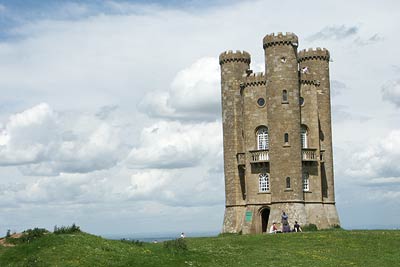 Caption - The Broadway Tower occupies the second highest point (1024 ft / 312 metres) in the Cotswolds with grand views west to match its lofty location.

The Cotswold Area of Outstanding Natural Beauty (AONB) covers about 800 square miles in six counties of England. It is mostly farmland, both cultivated and pasture, with some areas of woodland and open upland. Bearing this in mind staying on signed rights of way is important so as to maintain the important balance between landowner and visitor. More Information

A scratchable map showing all 214 Wainwrights in the Lake District. More info.