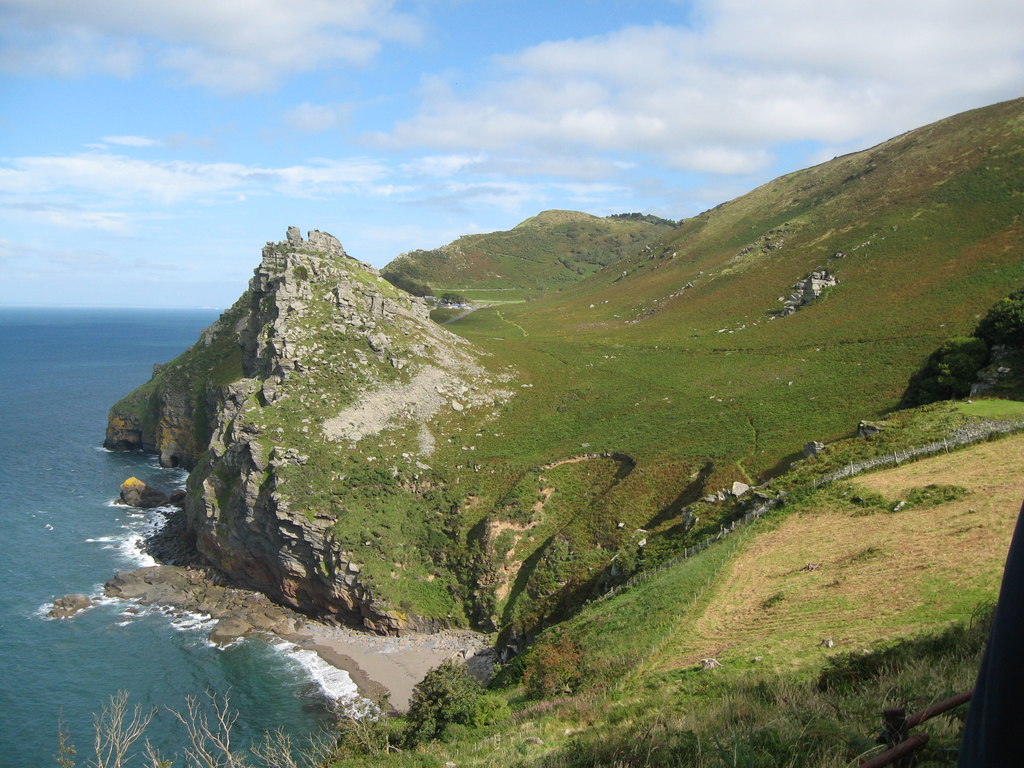 Caption - The Valley of Rocks is the former route of the East Lyn River until coastal erosion diverted the flow to its present position. This coastal dry valley has rock formations from the Ice Age - the oldest Devonian rocks in North Devon. The area is managed by the Exmoor National Park Authority and is part of the West Exmoor Coast and Woods Site of Special Scientific Interest (SSSI). It is noted for its herd of wild goats and previous visitors have included poets Samuel Taylor Coleridge and William Wordsworth in 1797 and Robert Southey in 1799.

Exmoor National Park lies in West Somerset and North Devon including a dramatic section of coast. Wild moorland dominates the high ground with Dunkery Beacon the highest point within the National Park. Wooded valleys or combes cut deep into this upland and provide another typical feature of the landscape. The coast includes some of the highest cliffs in the UK with easy access provided by the South West Coast National Trail. More Information