The Welland Viaduct near Harringworth 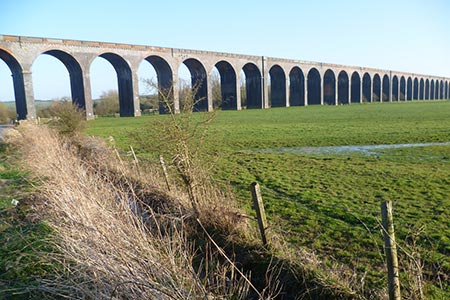 Rutland is one of the smallest counties in the UK and is in the East Midlands. Walking opportunities are limited by the physical size of the county which is dominated by the large expanse of Rutland Water which almost bisected by the Hambleton Peninsula. Many of the walks are in fact based around this peninsula and the shores of the reservoir which at the time of construction in 1971 was the largest artificial lake in Europe.