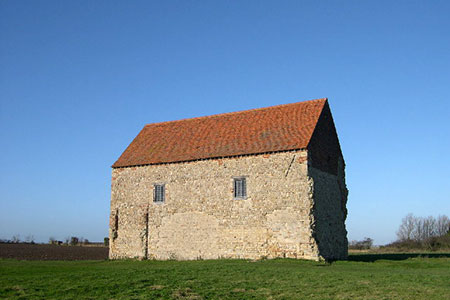 Caption - St. Peter on the Wall (Saxon chapel) was built in the 7th century near Bradwell-on-Sea. The chapel used the foundations of a former Roman fort.