Looking across Fresh Marsh to Cley next the Sea 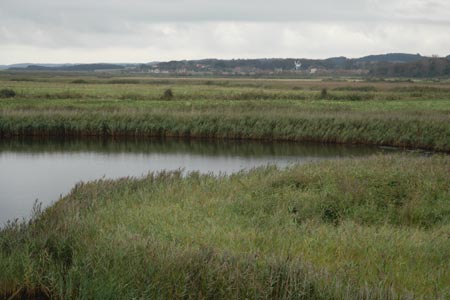 Caption - Looking across Fresh Marsh to Cley next the Sea.