An abandoned boat on the salt marsh near Blakeney 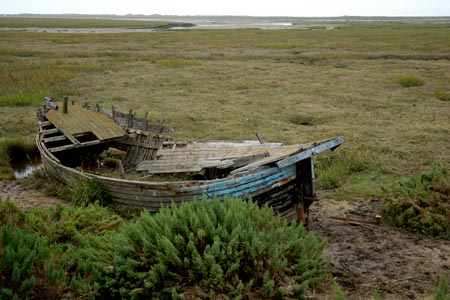 Caption - An abandoned boat on the salt marsh near Blakeney.