Cottages and houses on the High Street, Cley next the Sea 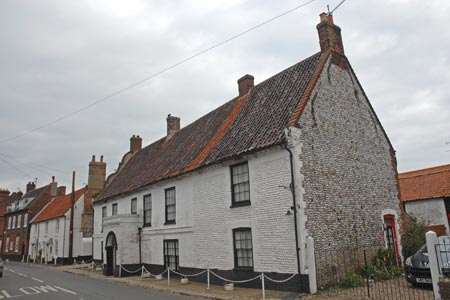 Caption - Cottages and houses on the High Street, Cley next the Sea.