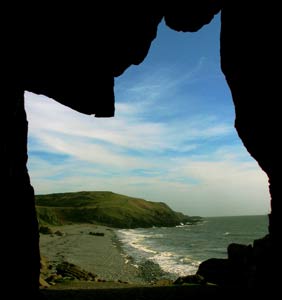 Caption - St Ninian's Cave near Whithorn. The cave is said to have been used for prayer and meditation by St Ninian who first brought Christianity to Scotland founding the first monastery at Whithorn around AD500.