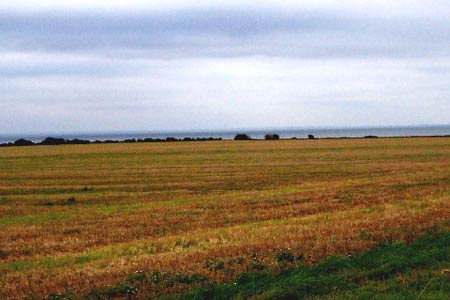 Caption - A first glimpse of the Wash and the North Sea from The Peddars Way & Norfolk Coast Path.