Heading East across country along Green Bank near Thornham 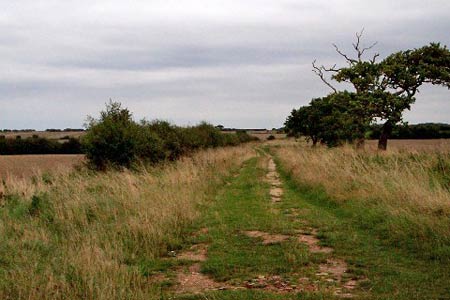 Caption - Heading East across country along Green Bank near Thornham.