View to Thornham from the trig pillar at 49m 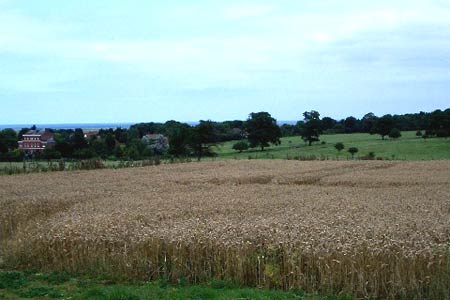 Caption - The view towards the village of Thornham from the trig pillar at the highest point reached (49m) during this walk.