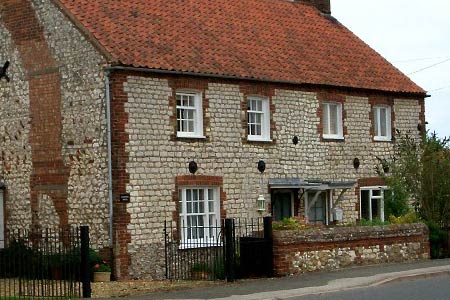 Caption - A cottage in Thornham that is typical of the local building styles.