View at low tide near Thornham 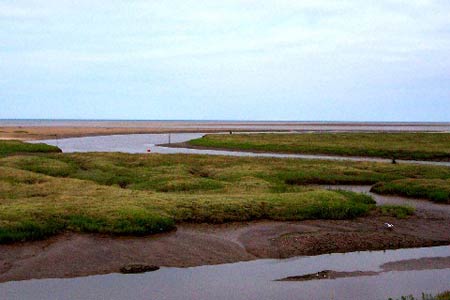 Caption - Looking out to sea at low tide near Thornham, at the start of the coastal walk.