View inland over the Broadwater from coastal path, Thornham 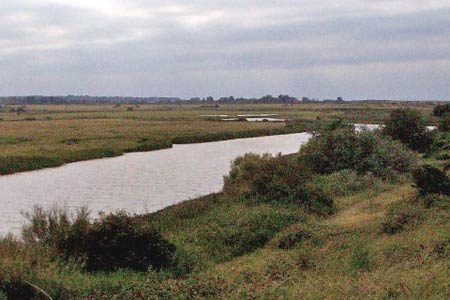 Caption - Looking inland and down over the Broadwater from the coastal path on the top of the sea defence barrier near Thornham.