Coastal view near Holme next the sea 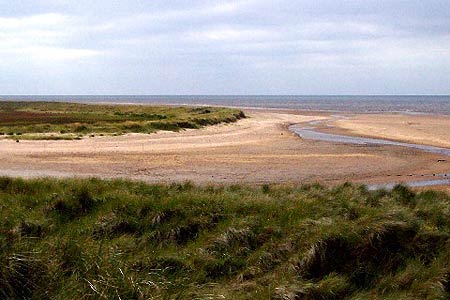 Caption - A last look to the coast as we turn inland to the end of the walk at Holme next the sea.