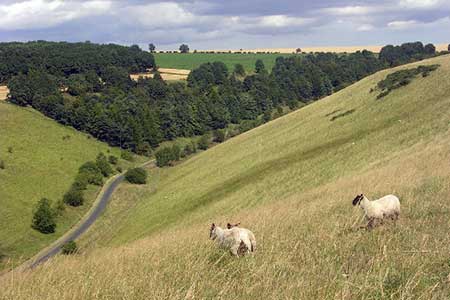 The Yorkshire Wolds are chalk hills that run in an arc from west of Hull to the North Sea coast south of Bridlington. At their eastern end the Wolds produce the high cliffs rising to 420 feet above the sea east of Speeton. To the south the Yorkshire Wolds continue across the River Humber to the Lincolnshire Wolds which have a similar geological character. Most of the Yorkshire Wolds lie in the county of East Yorkshire although some of the hills at western end are in neighbouring North Yorkshire. More Information