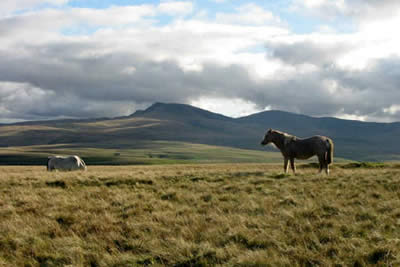 Attached photo is a view from Mynydd Myddfai looking south to the Camarthen Fans. Mynydd Myddfai is a largely unfrequented hill, which is a shame as it has tremendous views both north to mid-Wales and south to the Camarthen Fans and central Brecon Beacons. It is also rich in history, having two well-preserved bronze age stone circles, and two Roman camps. Additionally it is crossed by a track that was once a major highway having originated as a Roman road to the Roman gold mines at Dolaucothi to the west.