Summit ridge of Howgills with Calf in view 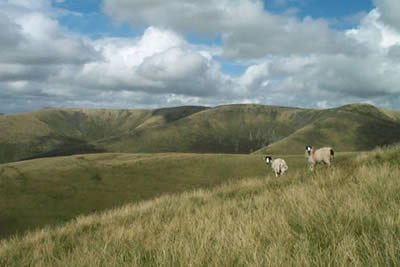 Caption - The summit ridge of the Howgills with the Calf the highest peak in view.