Crosdale Beck tumbles down from the slopes of Arant Haw 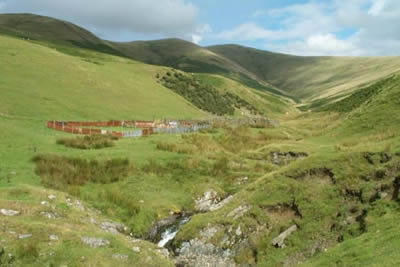 Caption - Crosdale Beck tumbles down from the slopes of Arant Haw (centre) with the Nab dominant on the left and the slopes of Winder to the right.